"Recovery From Mental Illness is Easy" 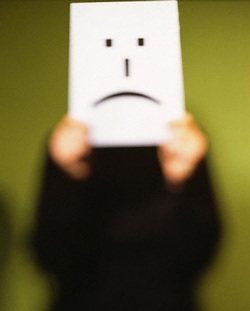 According to a recent Medscape Report, high dose anti-depressants in youth may up the risk for self-harm (sometimes known as suicide).  In an April 28, 2014 article by Pam Harrison, she wrote about the findings by The Harvard School of Public Health in Boston and the University of North Carolina in Chapel Hill showing that higher doses of typical anti-depressants resulted in twice as many acts of deliberate self harm in children and young adults (24 years and younger) when compared to a control group who were prescribed "normal doses" of anti-depressants.  This corresponds to approximately 1 additional suicidal event to every 150 patients who were treated with "high dose" rather than "normal dose" therapy.   The risk for suicide attempts at the  "normal dose" anti-depressant therapy is 1 in 1000 patients regardless of age according to "The American Journal of Psychiatry",  as published by Pubmed, January, 2006.

In 2013, anti-depressants were prescribed 270 million times.  A percentage of those prescribed attempted suicide as a result of anti-depressant prescriptions.  Dr. Peter Glidden estimates that number to be at least 270,000 suicide attempts.  This startling estimation is highlighted by the forecast by the drug manufacturers that predict by 2020 anti-depressant drug sales will be the top selling product overtaking heart medications.  All of this suffering and the drugs do not cure the disease.

Rather than accepting the advice of a failed medical system we at World Health Team prefer to focus on the true cause of the disease and to support and promote the body's natural ability to heal itself.  There does exist science based, clinically verified methods that are safe, effective and affordable as an alternative to psychiatric medications.  When your body is healthy you are not going to be depressed, have anxiety attacks, panic attacks, low energy, lack of motivation and mood swings.  Dr. Peter Glidden recommends the following to support the body per 100 pounds of body weight: 1 Healthy Blood Sugar Pak, 1 bottle of Plant Derived Minerals and 1 bottle of Ultimate Selenium from Youngevity per month.  Further, he recommends the elimination of the "10 Bad Foods" and a reduction in the use of sugars such as table sugar, honey, agave, etc. as well as sugar disguised as starches as in potatoes, rice and corn.
Order / Join Youngevity Here
Non-U.S. Youngevity orders
Join World Health Team
Powered by