Youngevity International Inc. (OTCQX: YGYI) (www.YGYI.com) is a fast-growing, innovative, multi-dimensional company that offers a wide range of consumer products and services, primarily through person-to-person selling relationships that comprise a "network of networks." The Company also is a vertically-integrated producer of the finest coffees for the commercial, retail and direct sales channels. The Company was formed after the merger of Youngevity Essential Life Sciences (www.youngevity.com) and Javalution Coffee Company in the summer of 2011. The company was formerly known as AL International, Inc. and changed its name to Youngevity International Inc. in July 2013.  It has 120,000 active distributors and $86 Million in Sales.  Youngevity® is ranked 89th among the Top 100 Direct Selling Companies in the world by Direct Selling News®

The Youngevity brand is the brainchild of Dr. Joel Wallach.  It is the culmination of 60 years of work.  Dr. Wallach grew up on a cattle ranch where his family raised animals for food.  He started his journey into health when at the age of 9 he began to use the calcium pellets that were fed to the cows to treat his own neural problems.  Since that time Dr. Wallach has never been to a doctor on his own behalf or used a prescribed medicine.  His professional career began with graduating from the University of Missouri after majoring in agricultural soils.

He then became a practicing veterinarian specializing in farm animals.  Later he would  research endangered species for the Mutual of Omaha, "Wild Kingdom" in Africa.  During his tenure as a veterinarian Dr. Wallach conducted more than 30,000 animal autopsies as part of a research grant.  What he found was that in every case animals which died of natural causes had died of vitamin and mineral deficiencies.  After publishing more than 70 books and research papers on the subject Dr. Wallach became a Naturopathic Physician where he could apply the benefits of his research to humans.  As a pathologist Dr. Wallach conducted more than 1700 autopsies on children.  Once again he found that those who had died of natural causes died of vitamin and mineral deficiencies.

Dr. Joel Wallach is a former Nobel Prize nominee, the recipient of $25,000,000 in government research grants and has one of his books enshrined at the national archives in Washington, D.C. as a national treasure.  Dr. Wallach is also a Colonel in the U.S. Air Force.

We, as representatives of Youngevity, are fortunate to have Dr. Joel Wallach as a resource.  In addition, Dr. Peter Glidden and Naturopathic Pharmacist Ben Fuchs join a team of qualified professionals all of whom are dedicated to providing the highest standard in nutritional medicine available.

No other company in the world has as much to offer as Youngevity in terms of natural health benefits.

How is youngevity different?

Through Dr. Wallach's efforts all the Youngevity products have been formulated to be super-absorbent in the body.  The typical vitamin and minerals found in 90% of the outlets are made up of artificial substances, shellacked tablets and in forms that can not be readily absorbed by the body.  Youngevity's formulations are micro-processed and in a colloidal state.  This means that they are super-absorbent with up to 80% being absorbed.  Further, Youngevity's products use co-factors and trace nutrients that make the key vitamins and minerals more potent and bio-available.

All prescribed drugs are toxic.  They are poisonous to the body according to pharmacist Ben Fuchs.  As a result a great deal of the body's detoxing mechanism has to be dedicated to removing the very drug a doctor prescribes.  Many of the drugs use up necessary vitamins and minerals to process them in the body leaving less for normal bodily functions.  Herbs are medicines too.  Rather than being from synthetic sources, herbs are naturally ocurring and found in nature.  However, no one ever died from a deficiency of a particular herb unlike vitamins and minerals.  Herbs play an important role in the tool box of healing.  But they are no substitute for the building blocks of life. 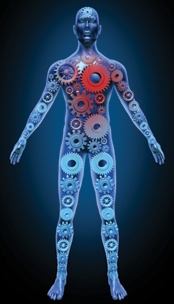 For one hundred years society has been led to believe that there was only one kind of medicine.  Its a doctor in a white lab coat with a stethoscope around his neck.  This image has been drilled into our heads on a daily basis for years.  But there are many other kinds of medicines available.  All other schools of medicine have either been put out of business by the allopathic medical establishment or portrayed as quackery.  The Youngevity approach has its roots in wholistic medicine rather than allopathic medicine.  One of the schools of medicine that is wholistic is Naturopathy.  In the entire world there are only about 4000 practicing naturopaths.  Dr. Joel Wallach is one of them.  Dr. Peter Glidden is another.  What is the difference?

Wholistic practitioners see the body as a whole system rather than an assemblage of parts.  The view of the body as an assemblage of parts is called "reductionism".  Reductionism does not recognize Divine Intelligence but rather unintelligent mechanisms that consist of parts that are subject to fail from time to time.  Doctors who practice reductionistic allopathy treat symptoms.  They manage diseases.  Sort of like a mechanic who repairs cars.  The mechanic either repairs a part or replaces it.  He does not care why the part failed.

The naturopath has an entirely different approach.  Naturopaths are concerned with the causes of disease.  They believe that the body has wisdom and repairs itself if given the right materials such as vitamins, minerals, amino acids, etc.  The allopath, therefore, prescribes drugs that only manage symptoms but that do not cure anything.  One may often hear from an allopathic doctor that he will have to be on the drug for the rest of his life.  It is not uncommon to be told by the doctor that more testing is necessary which invariably will lead to more drugs and more surgical procedures.

While allopathic medicine has its place in the event of trauma or injury when it comes to degenerative conditions or chronic diseases the allopathic approach leaves much to be desired.  Just look at the exploding statistics regarding Cancer, Heart Disease, Diabetes and many other diseases.  Just because a disease can be named or diagnosed does not mean that the cure is at hand.  In fact the leading cause of death and bankruptcy in the United States is physician managed care.  Their approach is akin to wanting a mole removed and painting over it with paint.  The mole is still there.  You just don't see it.  Another analogy is the effect of having a warning light come on on the dashboard of a car only to have the mechanic snip the wire that leads to the light.  Lights off.  Problem solved.  We don't think so.

Finally, the whole concept of remedy based medicine runs contrary to the naturopathic approach.  We have been taught that when you have a headache you take aspirin.  When you have a tummy ache you take ant-acid.  When you have a back ache you take an analgesic for the pain.  But in reality not only do these remedies hide the signs of something wrong but they allow the person to continue the behavior that caused the problem in the first place.  Further more, many of these remedies have side effects.  For example, it is now a well known fact that usage of aspirin leads to bleeding in the stomach.  We also know that usually the problem with heart burn is not too much acid but rather not enough acid in the stomach.  Its a well known fact that cholesterol is a necessary food nutrient and that cholesterol lowering medication leads to alzheimers and many other problems.

The latest fad in the medical industry is for allopathic physicians to use natural substances as medicines.  Again this is just the same old allopathic reductionist thinking.  Only instead of synthetic drugs the doctors want to use natural medicines or herbs.  The allopaths refuses to recognize the fact that the body heals itself if given a chance.

There are many advantages that Youngevity has over other vitamin and mineral companies.  The information here is science based, clinically verified and factual.  The use of drug therapies and the typical supplements as a substitute to God's divinely designed solutions always results in a premature demise and much suffering.  To us at World Health Team we see the use of artificial remedies as being similar to throwing salt over one's shoulder or superstition.  According to Dr. Joel Wallach there are 90 essential nutrients that the body needs on a daily basis to be healthy.  Failure to absorb those 90 nutrients comes with a huge price to pay. 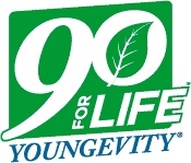 Youngevity offers natural plant derived vitamins and minerals which are proven to improve health, increase athletic performance and allow the body to heal itself.  This is done through a series of products that have been designed to be readily absorbed within the body and promote and support the body's natural healing.  People from all walks of life are reversing Obesity, Diabetes, High Blood Pressure, Arthritis, Athletic Injuries and so much more by eliminating vitamin and mineral deficiencies.  Discover how Youngevity will promote and support your health too.
Youngevity Price List
Join / Order Youngevity
Non-U.S. Youngevity Orders
Powered by